Since Apple released an iPad there have been various competitors announced, so it got me thinking what would it take for me to buy one? I haven’t bought the first generation iPad because the lack of a camera on a device so obviously good for fullscreen video calls has baffled me. I guess they have to store up some ideas since they need a new hardware iteration every year, Apple’s revenue model depends on that vital hardware refresh cycle. 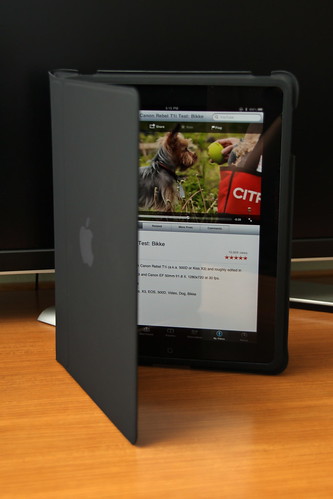 I think the huge leaps the iPod has made in the 9 years of it’s existence is an Indicator of the iPad’s future more than the iPhone is. Which sounds confusing because the iPhone/iPad are such close relatives in software and hardware terms. The iPod when released had laughably small (even for 2001) memory and a FireWire port (not common then) to being one of the biggest consumer success' of all time. It started off with low memory, buttons to press, black and white screen to iPod Colour/Photo to Nano to iPod Touch born from iPhone. I think the iPad will be the rising star and technology will be back-ported from it to iPhone (instead of other way round as has happened to date).

The form factor is what gives it that advantage. I wouldn’t be surprised to see 3D movies or a table made out of iPad screens (like Microsoft has done), and they’re just obvious uses. Pico projectors would be ideal for iPad sized device before being ported to phones. But this is all obviously future features, down the line eventually. I think the big surprise will be future software integrations and hardware sensors to do all sorts of crazy input leading to all new kinds of areas not immediately obvious, like the iPhone being such a big gaming success, which no one predicted: fingers are a very clumsy medium but it turns out a whole new category of game sprung up like Angry Birds or Cut the Rope. 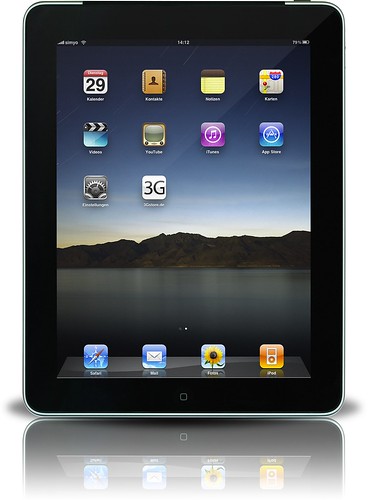 So I see this innovation in the pipeline and I think iPad first gen is very first gen. Future iPads may be a distant cousin just like original iPod and iPod touch are. So it’s a thing I will hold off on investing in for a few years because iterations will move so quickly.. your only paying directly for the later version you really want!