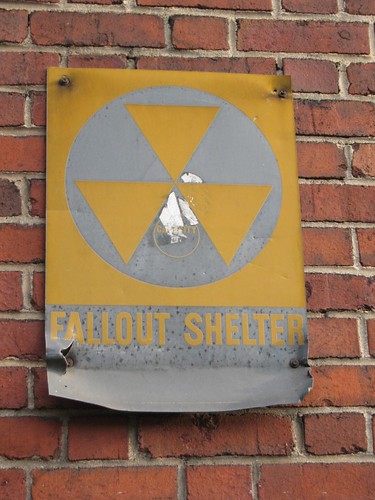 In Ireland we, like the rest of the world, have though questions to answer. Ireland being an island economy, is especially reliant on oil, none of which we produce. I was surprised earlier this week to hear one of George W. Bush’s top aides, saying that the U.S. needs to lose dependence on foreign oil and research alternatives. I was never more shocked, to hear Bush’s change of heart, from using improved technology, to one of his aides saying they need to use less oil. Part of me was angry, as he defiantly rejected Kyoto agreement, when the United States produces 25+% of all greenhouse gases.

So we get to the question of Nuclear power, which has been controversial in Ireland, but not continental Europe for years. We all know about Chernobyl, and its harrowing effects on the world. But we also cannot cut off our hand to spite our face, should we ban footballs because they hurt people? or Cars because people get killed? The reality is, Cars have killed more people throughout history, than all nuclear incidents combined (50,000 every year in the U.S. alone). The reality is also this, within 100 miles of Dublin (Ireland’s Capital), there at least 10 nuclear plants, within 1,000 miles, this rises to over 100 nuclear plants. France generates over 70% of its power through Nuclear power, whilst the U.K. generates 25%. We cannot produce enough power in Ireland, so we buy power from the United Kingdom, being in direct benefit of that 25%.

Everybody I have spoken to, around my age, have nearly all said the exact same thing, we will have to use nuclear power, whether we like it or not. If one of those plants were to suffer a meltdown, it is unavoidable that we will suffer, so why not benefit from Nuclear power while we can? People will bring up Chernobyl, but the fact is, plants like Chernobyl are old soviet technology, which is no longer used and was designed when we were naive about nuclar power. Also radiation effects are most damging to humans, whilst animals are starting to return to Chernobyl. The Ukraine is commissioning more and more nuclear plants, and it was one of the worst affected areas of the whole disaster. Nuclear Power : We cannot afford to live without it, even one of the founders of Greenpeace, one of the most militant enviromentalist groups, now accepts this. The Internet literally buzzes with Nuclear news and developments, compared to renewables.